How Does a VPN Protect Me On A Public Wifi Connection?

It’s no secret that public Wifi ‘hotspots’ are one of the biggest security vulnerabilities and a prime location for hackers to access your personal data. Thousands of citizens might use the same public hotspots while on the go, in a single day.

A VPN is the first line of defense against cybercriminals, simply because your transmissions are secured before they go out to the world at large. Otherwise, you are easy prey for predators.

What is a Public WiFi ‘Hotspot’ Anyway?

A public hotspot is simply free internet offered to everyone, at all times. Like a watering hole in the wild, it attracts first the wildlife (consumers) and then the predators, such as the tigers and sharks (hackers and corporate entities).

Nothing is ever truly free, and all data is being actively captured by corporate and government bodies. Aside from this, there are hackers listening in, attempting to intercept communications, which frequently includes personal data such as credit card details.

Hotspots are available everywhere now, used by everyone. Restaurants, hotels, and retail outlets will offer free WiFi to consumers. If consumers do not get free WiFi, they will quickly go elsewhere.

The Dangers of Public HotSpots

Why are public hotspots such a focal point? Check out this post if you are unsure about what hackers can actually do in terms of penetrating public hotspots. It is remarkably easy to trick people into giving away their details.

Because so many people use public WiFi hotspots, they are a target for criminals. The profit potential is vast, mobile devices are often overlooked in comparison to desktops and laptops, and people who are traveling are less conscious of online security. Their mental resources are usually taken up trying to get to a different location, especially in terms of interstate or international travel.

You have no way of knowing the security protocols of the public network you are using. While large corporate enterprises (such as Starbucks and McDonalds) might be more robust, they can still be compromised.

Government authorities are no exception. Even the NSA and many other Federal agencies have been hacked, and hacked in a very public and humiliating manner. Your online security really lies in your own hands, and public hotspots are a very serious point of vulnerability. 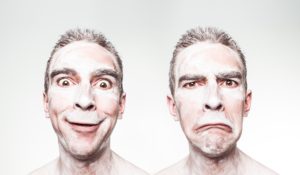 Running a public hotspot scam is incredibly simple to do, and the most common is called the ‘Evil Twin’ hotspot. Just create a hotspot mimicking the name of a restaurant or retail outlet.

Alternatively, simply call it ‘Public Free Wifi’. Create a fake login page and the person will voluntarily login to the fake network where all his/her transmissions can be scraped using free tools.

There are many free YouTube tutorials teaching how these hacks work – though they are often used to educate people as to how these scams work so defenses can be put in place.

Most will not be able to tell the difference, and don’t have the time to check that the hotspot they are using is legitimate. People who are traveling simply want access to the internet as soon as possible. This is especially relevant in terms of airport public hotspots.

People are in a rush and there are tourists there who might not speak English well, and are also in need of checking their online bank accounts. This makes airport hotspot scams the most lucrative for cybercriminals.

How Does the VPN Protect My Device?

The reality is that most scams are very simple. But a VPN can render it next to impossible for a hacker to gain access to your device without specifically targeting you and allocating a significant amount of resources to your device.

This defeats the hackers’ mentality, which is really to let the traffic come to them through lack of attention. It is carelessness that allows hackers access to your personal data, not sophisticated tools.

A VPN is an easy and foolproof way to secure your device, even when on the go. Your information is first sent to the VPN provider who encrypts the data, typically with AES-256 encryption.

This means that the information is scrambled to a high degree. The hacker has no way of knowing which information is important and which is not, meaning that he/she could expend significant computing resources attempting to crack information on your casual browsing.

It’s not worth the effort as 99% of online information is trivial. However, it’s worth noting that most people use the same password and username across all of their devices and applications, so it is worth getting a strong password and making variations for different sites. A password manager can assist with this.

The issue with public Wifi is that you have no real way of knowing which hotspots are secure and which are leaky. Even if the hotspot is not completely fake, it might simply be insecure, meaning that if you are not protected with a VPN, a hacker might be able to access your communications – credit card details, usernames, passwords, private Skype messages, etc.

While WPA/WPA2 might seem safe, they are just a basic form of identification requiring a password. In addition, when using Windows, it is easy for a consumer to click ‘yes’ when asked –  ‘do I want to make my device discoverable’. The answer to this should always be ‘no’ unless you have a very specific reason for making your device discoverable.

Many public hotspots are not configured by IT professionals, and are just consumer level routers.  It’s entirely possible that the default username and password have been left on. The hacker hacks directly into the router and has a complete field day. This is akin to leaving your front door open and going on holiday for 6 months.

What About Wired Connections?

Wired connections, frequently found in hotels and other locations, are just as vulnerable as WiFi hotspots. Packet ‘Sniffing’ software is readily available, and works on both kinds of internet connection (wired and WiFi).

Wired connections really provide the illusion of safety, though WiFi is arguably more dangerous. In any case, when your data is encrypted with a VPN, the hacker can do little with it.

Why Use The VPN?

In sum, the VPN encrypts your data at the source, so hackers have nothing to hack. At best, they will be left with a mess of encrypted data, and they don’t have the time or resources to discover what is inside. Encryption is the number one security mechanism and hackers are efficient – they look for easy meat.

Get protected with a VPN to ensure that your data is safe. They work in the background –  all you do is literally click a server location and your transmissions are safe. In the modern era, it is highly irresponsible not to have a VPN as they are cheap, work on multiple devices, and do not interfere with your browsing.

At VPN city, we offer a 2-year plan that works out at just $2.99 a month. Which works out perfectly well for you, and your 8 devices, wherever you happen to travel to. You don’t have to worry about public WiFi hotspots as long as your communications are encrypted first. Don’t make yourself an easy target for online predators.

How to renew my VPN